The Other Boleyn Girl (The Plantagenet and Tudor Novels) (Hardcover) 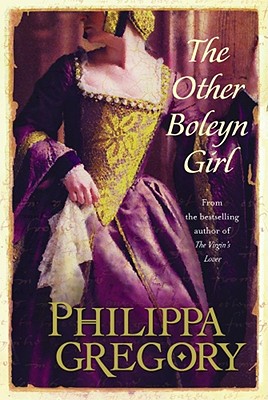 By Philippa Gregory
$25.95
Email or call for price.

The #1 New York Times bestseller from “the queen of royal fiction” (USA TODAY) Philippa Gregory is a rich, compelling novel of love, sex, ambition, and intrigue surrounding the Tudor court of Henry VIII, Anne Boleyn, and the infamous Boleyn family.

When Mary Boleyn comes to court as an innocent girl of fourteen, she catches the eye of the handsome and charming Henry VIII. Dazzled by the king, Mary falls in love with both her golden prince and her growing role as unofficial queen. However, she soon realizes just how much she is a pawn in her family’s ambitious plots as the king’s interest begins to wane, and soon she is forced to step aside for her best friend and rival: her sister, Anne. With her own destiny suddenly unknown, Mary realizes that she must defy her family and take fate into her own hands.

With more than one million copies in print and adapted for the big screen, The Other Boleyn Girl is a riveting historical drama. It brings to light a woman of extraordinary determination and desire who lived at the heart of the most exciting and glamorous court in Europe, and survived a treacherous political landscape by following her heart.

Philippa Gregory is the author of many New York Times bestselling novels, including The Other Boleyn Girl, and is a recognized authority on women’s history. Many of her works have been adapted for the screen including The Other Boleyn Girl. Her most recent novel, The Last Tudor, is now in production for a television series. She graduated from the University of Sussex and received a PhD from the University of Edinburgh, where she is a Regent. She holds honorary degrees from Teesside University and the University of Sussex. She is a fellow of the Universities of Sussex and Cardiff and was awarded the 2016 Harrogate Festival Award for Contribution to Historical Fiction. She is an honorary research fellow at Birkbeck, University of London. She founded Gardens for the Gambia, a charity to dig wells in poor rural schools in The Gambia, and has provided nearly 200 wells. She welcomes visitors to her website PhilippaGregory.com.

"You want a real page-turner, but you don't want to tarnish your reputation for literary taste. The Other Boleyn Girl is your kind of...book."