The Girl He Used to Know: A Novel (CD-Audio) 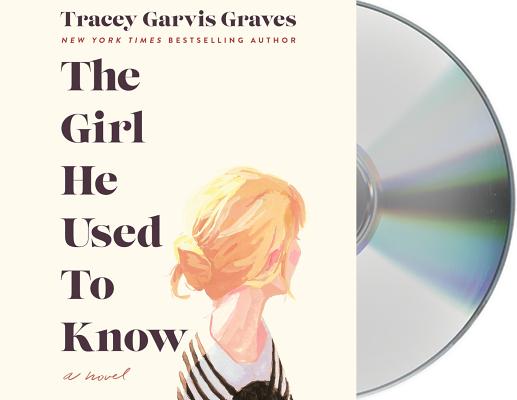 “The Girl He Used to Know is a charming, engaging, and uplifting love story told from the perspective of Annika, who from childhood has struggled to fit in, and Jonathan, who is facing his own life challenges. I found myself rooting for these two characters throughout the novel, from their initial introduction at a college chess club meeting to experiencing the inescapable horror of the 9/11 attacks. This book is a must-read in that it celebrates differences in a realistic and believable way.”
— Jann Griffiths, BookSmart, Morgan Hill, CA

Annika (rhymes with Monica) Rose is an English major at the University of Illinois. Anxious in social situations where she finds most people's behavior confusing, she'd rather be surrounded by the order and discipline of books or the quiet solitude of playing chess.

Jonathan Hoffman joined the chess club and lost his first game--and his heart--to the shy and awkward, yet brilliant and beautiful Annika. He admires her ability to be true to herself, quirks and all, and accepts the challenges involved in pursuing a relationship with her. Jonathan and Annika bring out the best in each other, finding the confidence and courage within themselves to plan a future together. What follows is a tumultuous yet tender love affair that withstands everything except the unforeseen tragedy that forces them apart, shattering their connection and leaving them to navigate their lives alone.

Now, a decade later, fate reunites Annika and Jonathan in Chicago. She's living the life she wanted as a librarian. He's a Wall Street whiz, recovering from a divorce and seeking a fresh start. The attraction and strong feelings they once shared are instantly rekindled, but until they confront the fears and anxieties that drove them apart, their second chance will end before it truly begins.

Tracey Garvis Graves is the New York Times, Wall Street Journal, and USA Today bestselling author of contemporary fiction. Her debut novel, On the Island, spent 9 weeks on the New York Times bestseller list, has been translated into thirty-one languages, and is in development with MGM and Temple Hill Productions for a feature film. She is also the author of Uncharted, Covet, Every Time I Think of You, Cherish, Heart-Shaped Hack, White-Hot Hack, and The Girl He Used to Know. She is hard at work on her next book.

Fred Berman is a five-time winner of the AudioFile Earphone Award for Audiobook Narration and the recipient of the 2013 Audie Award for narration in Spy the Lie. He has read a number of audiobooks for young listeners, including Judy Blume’s Soupy Saturdays with The Pain & The Great One and Andrew Clements’s The Last Holiday Concert. He has also narrated the audiobooks for Robert Kirkman’s popular series, The Walking Dead.

Berman is an accomplished actor of both the stage and screen as well, performing on Broadway as Timon in The Lion King and off-Broadway in Hamlet, Twelfth Night, and King Lear. On television, Berman has had roles on NBC’s hit series Smash as well as All My Children and Law and Order. He lives in New York City.

She has appeared onstage in New York and around the United States in both classical and contemporary theater. Her credits also include television commercials, daytime drama, radio plays, and animation voice-overs.