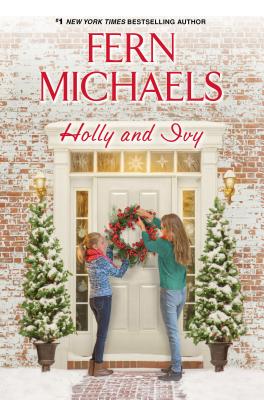 By Fern Michaels
Email or call for price.
Out of Print

In a heartwarming novel of secret wishes and family lost and found, acclaimed New York Times bestselling author Fern Michaels creates a timeless Christmas story to cherish . . .
The flames of memory always seem to glow a little brighter during the holidays. Perhaps that's why this time of year is so difficult for airline heiress Ivy Macintosh, as she faces thoughts of yet another festive season alone. Since the plane crash that claimed the lives of her husband and two children eight years ago, she's been submerged in grief.
When eleven-year-old Holly Greenwood knocks on her door, lost and frightened after a forbidden visit to her singing teacher, Ivy's self-imposed exile is shattered. Holly has an extraordinary voice, and wants nothing more than to perform in an upcoming Christmas musical. Holly's father, Daniel, doesn't allow music in their home, refusing to give a good reason why--just as he refuses to talk about Holly's mother. Ivy has no idea how closely she and Daniel are linked by their tragic pasts, yet she's drawn to the warmth she senses beneath his gruff exterior. And as Christmas nears, their shared concern for Holly begins to draw Ivy back into the world again . . . and toward a family who may need her just as much as she needs them . . .

FERN MICHAELS is the USA Today and New York Times bestselling author of the Sisterhood, Men of the Sisterhood and Godmothers series, as well as dozens of other novels and novellas. There are over seventy-five million copies of her books in print. Fern Michaels has built and funded several large day-care centers in her hometown, and is a passionate animal lover who has outfitted police dogs across the country with special bulletproof vests. She shares her home in South Carolina with her four dogs and a resident ghost named Mary Margaret. Visit her website at www.fernmichaels.com.