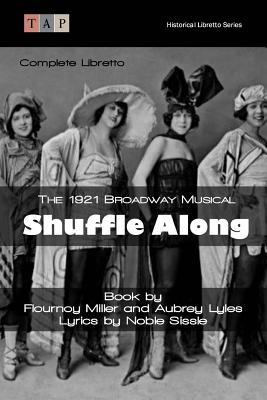 Complete libretto to the 1921 ground breaking musical. One of the most significant musicals of the 20th Century, "Shuffle Along" was a rarity, written, produced, and acted wholly by African Americans. For the first time racially diverse audiences celebrated the uniqueness of this musical together. While the New York Times praised Eubie Blake "swinging and infectious score," it panned the rest of the production "as extremely crude-in writing, playing and direction." That didn't matter. New Yorkers, including George Gershwin and Fanny Brice, flocked to it and it soon became the most popular production of the season with record breaking sales. Its influences were felt throughout the 1920s when "Shuffle Along" type musicals became all the vogue.