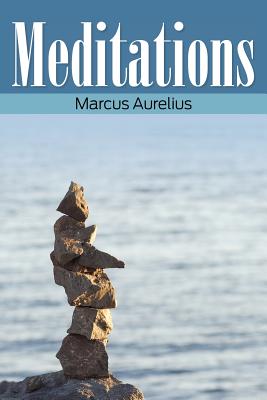 By Marcus Aurelius
Email or call for price.

Marcus Aurelius is considered to one of the great Emperors of Rome who was not only a skilled military leader but also a great philosopher in the Stoic tradition.He was born in 121 AD and both of his parents came from wealthy backgrounds. His father died when Marcus was 3 years old and by the time he was 6 he had gained the attention of the Emperor Hadrian who oversaw his education. Hadrian ensured that Marcus was taught by some of the greatest scholars in Rome who educated him in literature, drama, geometry, Greek oratory, Greek and Latin. Marcus later abandoned most of those subjects in favor of philosophy, with the work of the Greek philosopher Epictetus being a major influence on his thinking.Although Marcus spent almost all of his reign on campaigns in foreign territories, he managed to write down his thoughts and these became what are now considered a masterpiece of Roman philosophy, the discourses 'Meditations'. Marcus wrote 'Meditations' around 170 - 180, whilst on a campaign in central Europe, most probably in what is now Serbia, Hungary and Austria.The 12 books that make up 'Meditations' were not written as an exercise in explaining his philosophy but rather as a personal notebook for self-improvement and study.'Meditations' illustrates just how important Epictetus was to Marcus as he quotes the Greek philosopher's famed 'Discourses' on more than one occasion. Epictetus was a legendary figure in Greek philosophy and many claim he is the greatest of the Stoics; texts that remain in existence from the period suggest that in his native Greece, he was even more popular than Plato.As was previously mentioned, 'Meditations' was not written for public consumption but rather as an aid to personal development. Marcus wanted to change his way of living and thinking and to do this he embarked on a set of philosophical exercises. He would reflect on philosophical ideas and by writing them down and by repeating them he hoped to re-programme his mind and find his own philosophy to live by.One of the key exercises in the book discusses Marcus attempting to look at the world from 'the point of view of the cosmos' in a bid to try and look at life and the universe outside of the common and limited parameters of individual concerns."You have the power to strip away many superfluous troubles located wholly in your judgment, and to possess a large room for yourself embracing in thought the whole cosmos, to consider everlasting time, to think of the rapid change in the parts of each thing, of how short it is from birth until dissolution, and how the void before birth and that after dissolution are equally infinite."Marcus Aurelius died on March 17, 180, in the city of Vindobona which was situated where Vienna is today.History remembers him as the last of the 'Five Good Emperors' of theNervan-Antonian dynasty. Marcus' son Commodus replaced his father as Emperor and although he reigned over a relatively stable period in Roman history, in terms of war and peace, his personal behavior and antics were not in the spirit of those Emperors that came immediately before him. Commodus was eventually murdered in a plot that involved his mistress Marcia, thus bringing to an end the highly regarded Nervan-Antonian dynasty.