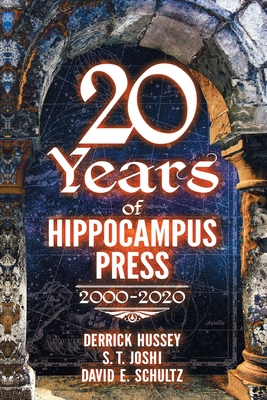 Over the past two decades, Hippocampus Press has emerged as the leading publisher of works relating to H. P. Lovecraft. It has, in fact, published the entirety of Lovecraft's work in definitive editions-fiction, poetry, essays, and letters. In addition, it has published numerous volumes of criticism and biography, from S. T. Joshi's I Am Providence to the scholarship of Kenneth W. Faig, Jr., Donald R. Burleson, Steven J. Mariconda, and many others, and many scintillating volumes of modern Lovecraftian fiction.

But there is far more to Hippocampus Press than this. It has also published the collected poetry of Clark Ashton Smith along with several volumes of Smith's letters. Its Classics of Gothic Horror series has brought back into print many leading authors of weird fiction from a century or more ago. Poetry, both old and new, has been a special focus of the press, including classic poets (George Sterling, Donald Wandrei, Leah Bodine Drake) and such leading contemporary poets as Ann K. Schwader, Adam Bolivar, K. A. Opperman, and Ashley Dioses.

Hippocampus has issued several important journals in the field, from the Lovecraft Annual to Dead Reckonings to Spectral Realms to the newly established Penumbra.

This volume chronicles in meticulous detail all the publications of Hippocampus Press since its founding in 2000. Complete lists of contents are provided, and notes on the compilation of the books are provided by the publisher and in-house editor. All in all, this compilation is a complete guide to a pioneering small press in the weird fiction field.