It Never Goes Away: Gender Transition at a Mature Age (MP3 CD) 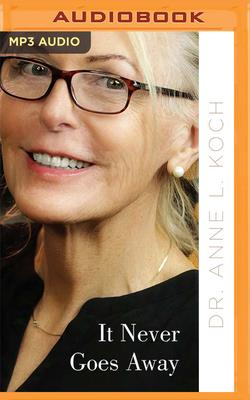 If you are transgendered, the feeling of wanting your body to match the sex you feel you are never goes away. For some, though, especially those who grew up before trans people were widely out and advocating for equality, these feelings were often compartmentalized and rarely acted upon. Now that gender reassignment has become much more commonplace, many of these people may feel increasing pressure to finally undergo the procedures they have always secretly wanted.

Ken Koch was one of those people. Married twice, a veteran, and a world traveler, a health scare when he was 63 prompted him to acknowledge the feelings that had plagued him since he was a small child. By undergoing a host of procedures, he radically changed his appearance and became Anne Koch. In the process, though, Anne lost everything that Ken had accomplished. She had to remake herself from the ground up. Hoping to help other people in her age bracket who may be considering transitioning, Anne describes the step-by-step procedures that she underwent and shares the cost to her personal life in order to show seniors that although it is never too late to become the person you always knew you were, it is better to go into that new life prepared for some serious challenges.

Both a fascinating memoir of a well-educated man growing up trans yet repressed in the mid-20th century and a guidebook to navigating the tricky waters of gender reassignment as a senior, It Never Goes Away shows how what we see in the television world of Transparent translates in real life.