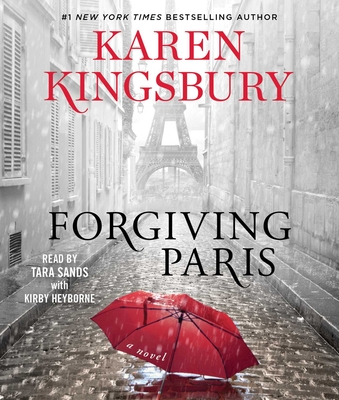 The #1 New York Times bestselling author of life-changing fiction brings her signature “emotional, heart-tugging” (Woman’s World) prose to this wise and worldly novel of forgiveness and hope in the City of Lights.

In Indiana, Ashley Baxter Blake and her husband are about to take an anniversary trip to Paris, but she is hesitant. More than two decades ago, she made her most grievous mistake in that same city. She has never forgiven herself for what happened there, and she still harbors secrets that she’s afraid will come to light. Just before the trip, Ashley gets a call from her niece. Jessie explains that her French boyfriend’s mother remembers working at a bakery with an American named Ashley. “Could that be you?”

When Alice and Ashley meet, a flood of memories comes for both women, taking Ashley back to a reckless affair and an unexpected pregnancy and Alice to the night she nearly ended it all. Can this reunion bring healing and closure? Maybe it is finally time for Ashley to forgive herself...and Paris.

Karen Kingsbury, #1 New York Times bestselling novelist, is America’s favorite inspirational storyteller, with more than twenty-five million copies of her award-winning books in print. Her last dozen titles have topped bestseller lists and many of her novels are under development as major motion pictures. Her Baxter Family books were developed into a TV series. Karen is also an adjunct professor of writing at Liberty University. She and her husband, Donald, live in Tennessee near their children and grandchildren.