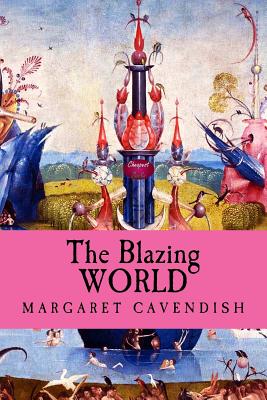 "The Blazing World", is a Description of a New World, Called The Blazing-World, better known as The Blazing World, is a 1666 work of prose fiction by English writer Margaret Cavendish, the Duchess of Newcastle. It has been described as an early fore-runner of science fiction. Here on this Figure Cast a Glance. But so as if it were by Chance, Your eyes not fixt, they must not Stay, Since this like Shadowes to the Day It only represent's; for Still, Her Beauty's found beyond the Skill Of the best Paynter, to Imbrace These lovely Lines within her face. View her Soul's Picture, Judgment, witt, Then read those Lines which Shee hath writt, By Phancy's Pencill drawne alone Which Peces but Shee, can justly owne. To The Duchesse of Newcastle, On Her New Blazing-World. Our Elder World, with all their Skill and Arts, Could but divide the World into three Parts: Columbus, then for Navigation fam'd, Found a new World, America 'tis nam'd; Now this new World was found, it was not made, Onely discovered, lying in Time's shade. Then what are You, having no Chaos found To make a World, or any such least ground? But your Creating Fancy, thought it fit To make your World of Nothing, but pure Wit. Your Blazing-World, beyond the Stars mounts higher, Enlightens all with a Coelestial Fier. William Newcastle.

Margaret Cavendish, Duchess of Newcastle-upon-Tyne was an English aristocrat, a prolific writer, and a scientist. Her writing addressed a number of topics, including gender, power, manners, scientific method, and philosophy. Her utopian romance, The Blazing World, is one of the earliest examples of science fiction. She is singular in having published extensively in natural philosophy and early modern science. She published over a dozen original works; inclusion of her revised works brings her total number of publications to twenty one.