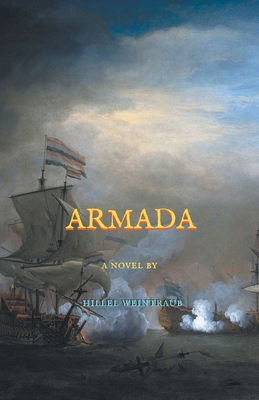 "You are Henry Stewart, late of the English navy?"

"And you were caught, tried and convicted of piracy and treason, among other things?"
"I-"
"I am here to offer you a chance to earn your freedom."

When convicted pirate Henry Stewart is given a chance to leave prison, he jumps at the oppportunity. What he doesn't know is that the person who freed him, Alexander Elsworth, is a Spanish spy who plans to use Henry as a dupe and intercept all his messages, while the Spaniards build their influence in England and military strength at sea. By the time Henry finally questions his liberator's intentions, the former buccaneer is in Spanish America, where he discovers that Spain is secretly developing a powerful new weapon that could help them easily destroy England. Unaware that his warnings sent to England are intercepted, and with only a young Dutchman and a long-forgotten English spy at his side, Henry embarks on a journey to to destroy the weapons and sabotage Spain's fleet. It's a mission that will require all of Henry's guile, acquired charm and audacity. But even if he succeeds, waiting for him back in England is Elsworth...with a plot to assassinate the queen and send Henry to the gallows - as a Spanish spy and assassin.

Set from 1585-1588, Armada is an adventure story about friendship, loyalty, and redemption. It's a journey that takes the reader from the heart of London to the sun-drenched kasbahs in Morocco; the jungles of Panama to the vistas of Madrid, the dramatic naval showdown between England and Spain and finally, Hampton Court in England.