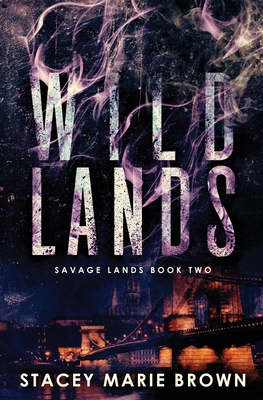 BOOK 2 IN THE SAVAGE LANDS SERIES Brexley has endured starvation and survived torture and even Warwick Farkas, the brutal legend who still haunts her like a ghost, spilling into her thoughts and life. His betrayal made her a prisoner of Killian, the gorgeous Fae Lord of Budapest. There her life takes another unforeseen twist, something that will change the fragile alliance between the humans and the fae, and Brexley finds herself in the middle.As weeks go by, Brexley also discovers Killian isn't the malicious leader she was told about. As they spend more time together, their relationship begins to shift. However, when an old acquaintance turns up, she is given the chance to escape the sexy fae leader, and her entire world explodes. Brexley is thrown into a nefarious web of politics, desire, betrayal, lies, and truths that will shatter her foundation and who she is, what she believes, and who can be trusted. No longer is there a clear line between good and bad. Hunted by both sides, Brexley is on the run and must untangle all the lies, deceit, and deceptions, before she becomes another victim in the wild lands.